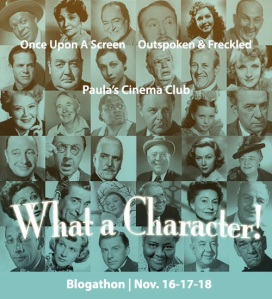 This post is part of the third annual What a Character! Blogathon hosted by three classic movie bloggers: Aurora (@CitizenScreen) of Once Upon a Screen, Kellee Pratt (@IrishJayHawk66) of Outspoken & Frecked, and Paula Guthat (@Paula_Guthat) of Paula’s Cinema Club. The Blogathon is devoted to those wonderful actors who rarely got leading parts, exhibiting instead a versatility and depth many leading players wished they had.

The ticket to steady employment and a crisp, new paycheck may not have been through the doors of Sidney Guilaroff’s MGM salon. It might have been through tending bar in a saloon, or running the general store, or even pecking out the latest update from the teletype, and Don Beddoe was obviously one of those even-keeled, level-headed professionals who took the road less traveled by the publicists and the power mongers.

Don was raised in Cincinnati where his father, the famous Welsh tenor Don Beddoe, spearheaded the Cincinnati Conservatory of Music, and his initial career began as a journalist.

But something lured Don away from the typewriter and the heady aroma of freshly-inked front pages, and Cincinnati. Even though he intended a career in journalism, he began working with amateur and community theatre companies, and there is evidence that he appeared in a few silents. Somehow his journey from wordsmith to boards-stomper landed him on Broadway where Beddoe made his debut in a play starring Spencer Tracy.

In 1937, he appeared as an uncredited District Attorney’s aide in the first release of 20 that year from the newly-formed Monogram pictures, which became Allied Artists in 1952. Perpetual Gunsmoke “Doc” Milburn Stone also appeared in that first Mongram release entitled The 13th Man, directed by William Nigh and starring Inez Courtney and Weldon Heyburn. Beddoe would eventually appear on an episode of Gunsmoke with Stone. 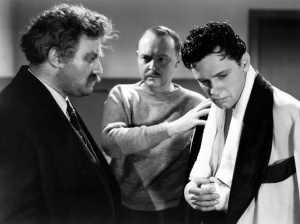 Beddoe then began playing all sorts of roles on camera -doctors, reporters, barbers, deputies, sherriffs, clerks, mousy-husbands, attorneys, detectives, jockeys, majors, process servers, professors, police chiefs, chaplains, judges, and junk dealers. His acting credits include over 297 film and television roles, and his last was as a popuar fellow named “Kris” on a Christmas-themed Highway to Heaven episode in 1984.

Married to first wife Jessie Evelyn Sebring in 1943, their marriage lasted until her death in 1974. Soon after, Beddoe wed actress Joyce Matthews, and Beddoe obviously settled her down a bit.

Matthews had been married six times to four other men–twice to Milton Berle, who commented after their remarriage that Joyce reminded him “of his first wife.” 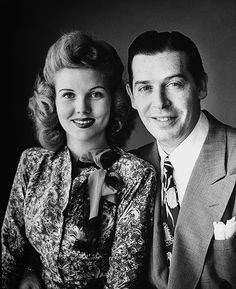 Matthews also married and divorced showman Billy Rose –twice. So Beddoe obviously knew how to treat someone like Joyce as they were married until Beddoe’s death, and Joyce never remarried. Alas, Beddoe had no children, but Joyce had her daughter, Victoria, that she had adopted while married to Berle.

One of Beddoe’s most high-profile roles in the 1950’s was as Walt Spoon in Director Charles Laughton’s Night of the Hunter. Beddoe was paired with Evelyn Varden, a burlesque and Broadway actress who had many high-profile films in her repertoire, too. When recalling Don Beddoe, Producer Paul Gregory stated that Beddoe was a “dear man,” and asked author Preston Neal Jones to give him that message. Beddoe’s response to Gregory’s comment? “Isn’t that nice.” 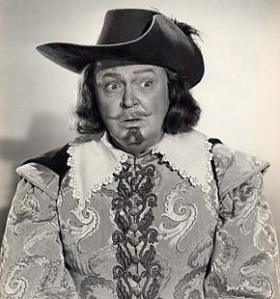 As ‘The Meddler’ in “Cyrano De Bergerac”

Beddoe supported many of Hollywood’s stars like Peter Lorre in The Face Behind The Mask, with Robert Mitchum in River of No Return as Ben, the owner of the general store, and with Cary Grant in The Bachelor and the Bobby-Soxer.

Author Preston Neal Jones visited with Beddoe shortly before Beddoe passed away when Jones was interviewing all the principals in his book, Heaven and Hell To Play With-The Filming of Night of the Hunter.

During Jones interview with Beddoe, he related celebrated British film historian Leslie Halliwell’s comments that he felt Beddoe was a “character actor with a genial, sometimes startled look.”
Beddoe responded “that means when I’ve blown my lines.”

Beddoe’s memories of working with Gregory and others on the set of Night of the Hunter are happy ones as he felt that Laughton was “always on his best behavior, completely friendly and warm.” Delighted that Laughton was able to direct the film, Beddoe recalled that “it came through so well. And it didn’t come through like a first attempt, at all. It was really professional, directorially.”

According to Beddoe, Laughton’s biggest problem was handling Mitchum, but all went well between the director and the actor with the “bad-boy” reputation as “there was a complete rapport between the two.” Beddoe also worked on “River of No Return” with Mitchum and claimed “it’s been a very cordial relationship.”

Recalling his visit with Don Beddoe and reminiscing about his pairing with Evelyn Varden in Night of the Hunter, author Preston Neal Jones revealed more about the endearing Beddoe when he participated in a visit at the classic film website, The Silver Screen Oasis:

Beddoe & Varden, that great team, were certainly appreciated by the film’s creators. Producer Paul Gregory enthuses in my book about their casting, adding, ‘You’d think they’d been married always.’ Davis Grubb, author of the original novel, felt that “they (the production company) should have paid her extra” for her contribution as Icey Spoon. As it happened, she and Grubb viewed the HUNTER answer print together at United Artists’ Manhattan screening room.”

Varden “was so anxious that he like it, Grubb recalled, that she kept a tight squeeze on his hand the whole time. I’ll tell you a touching anecdote about Don Beddoe, which I don’t think I put in the book. One of the great joys, you know, of meeting and conversing with these wonderful character actors is the opportunity it affords to learn about not just the subject at hand but many other films as well. (Mr. Mitchum had a lot to say, for instance, about CAPE FEAR.)

One of the famous movies in which Mr. Beddoe appeared was The Best Years Of Our Lives, in which he portrayed, if memory serves, the father of the bride,Teresa Wright. In any case, BEST YEARS was as we all know a rather long picture, and it necessitated a suitably long (and therefor expensive) shooting schedule. As the final film stands, Beddoe’s character really isn’t seen very much, but he originally had one important father/daughter scene containing a significant speech. He worked hard to prepare his monologue, only to be crestfallen when he went to the set and learned that the scene had been dropped.

William Wyler explained to the disappointed actor that they had already shot a lot of footage, and the director had agreed with the budget-conscious Sam Goldwyn that the film could get along without that scene. Poor Don Beddoe asked Mr. Wyler if he could at least do the speech for him, so he could show how he would have done it if it had been filmed, but the busy director turned him down.”

Even though Beddoe was momentarily crestfallen at Wyler’s rebuff, his 297 film and television credits attest to his 47-year popularity among those who hire and fire seasoned and reliable character actors in LA. As a fan of Beddoe, I am always on the lookout for one of his roles in classic film and television programs. His sweetness, his down-to-earth qualities, and his compassion can be found in the man who hands you your program when you go to the symphony, or the doctor who smiles at his patients, or the detective who won’t let somebody get away with murder.

Beddoe also supported his acting salary in real estate, and was active almost up until the time of his death at 87 in 1991.

* Beddoe’s line as Ben in River of No Return 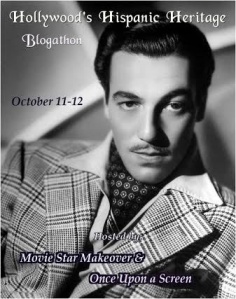 Follow me on Twitter @suesueapplegate or as Christy Putnam on Faceook.
Sue Sue Applegate is also on the TCM Message Boards Festivals Forum and The
Silver Screen Oasis.

Coming soon to Christy’s Inkwells: Don Beddoe to be honored here as an entry in the What A Character! Blogathon 2014 sponsored by Once Upon a Screen, Outspoken & Freckled, and Paula’s Cinema Club!