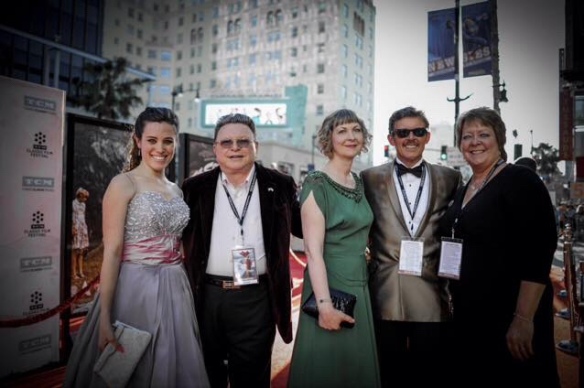 Festival themes have intrigued us since the very first festival. In the first festival programming guide, beloved TCM Host Robert Osborne dubbed the first year as “four days of…classiccinemania!” That’s pretty much what it’s been since then! 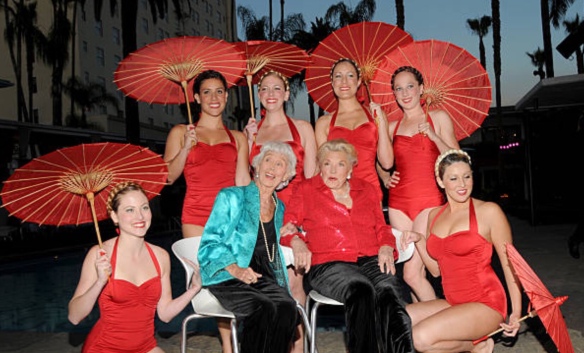 In 2010, instead of one over-arching theme, there were “Programming Listings” featuring Discoveries, Essentials, The Film Foundation, The Hustons: A Hollywood Dynasty, Hollywood on Hollywood, Imports That Influenced Hollywood, Moguls & Movie Stars, Special Presentations, and Vanity Fair’s Tales of Hollywood. Festival App for Iphone arrives. 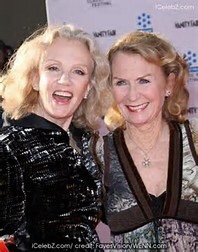 My favorite moments from all of the festivals? Meeting new friends and connecting with virtual ones. Seeing Betty Garret look wistfully at the poolside screening of Neptune’s Daughter during the “Baby, It’s Cold Outside” number and she watched from her Cabana patio. She smiled at me with tears in her eyes, turned around slowly, and went back inside her room. Sweet. Seeing Robert Osborne in person, interviewing Luise Rainer, Juanita Moore, and Susan Kohner was a joy. The Vanity Fair party rocked!

2012 brought Built By Design: Architecture in Film, Deco Design, Discoveries, Essentials, The Films of Stanley Donen, The Legendary Costumes of Travis Banton, The Noir Style, The Paramount Renaissance, Special Presentations, and Universal’s Legacy of Horror. Hand and Footprint Honoree: Kim Novak. Favorite moments: Meeting A. C. Lyles in the lobby of the Chinese after a screening of Wings;Meeting Peggy Cummins as she arrived from London at the Roosevelt. 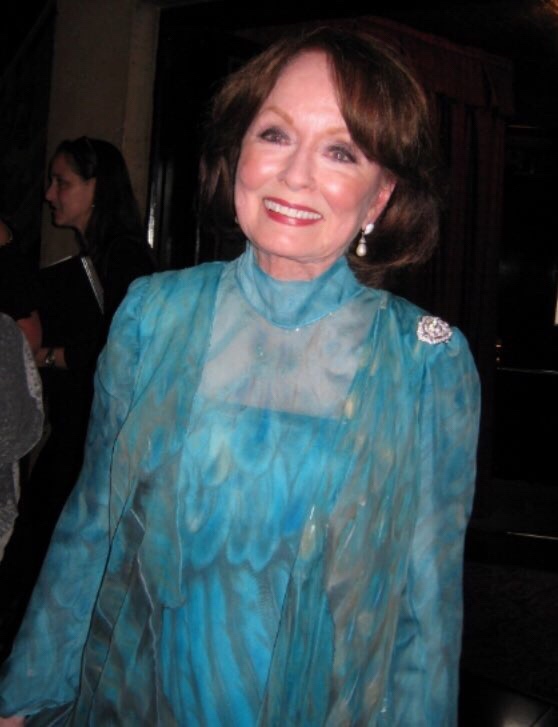 2013, Cinematic Journeys: Travel in the Movies, gave us Discoveries, Essentials, Festival Tributes, Journeys of Self-Discovery, A Journey to Italy, Lovers On The Run, Riding The Rails, River As Road, and Special Presentations. Hand and Footprint Honoree: Jane Fonda. Seeing Shirlee Fonda, Jane Fonda, and Peter Fonda walk over to their father’s Hand and Footprints impression, and Shirlee Fonda showing me a photo from the day Henry Fonda was honored in the Chinese Forecourt. Meeting Ann Blyth in the lobby of the TCL Chinese was a dream come true! 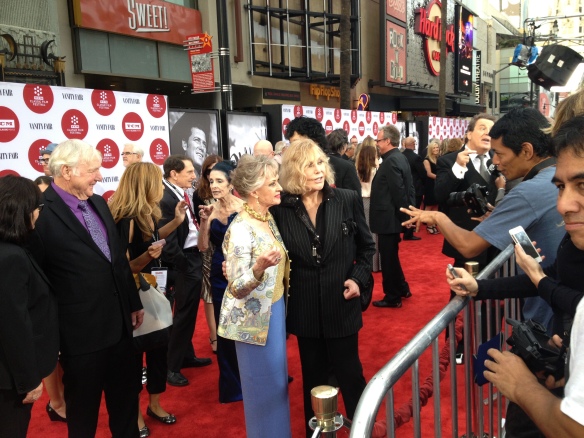 So much is going on in this photo: Margaret O’Brien, Tippi Hedren, Kim Novak, and more! 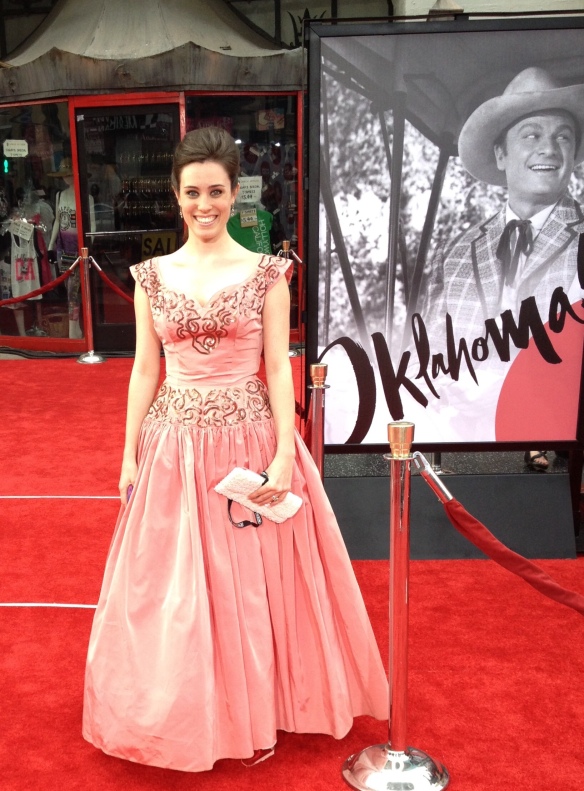 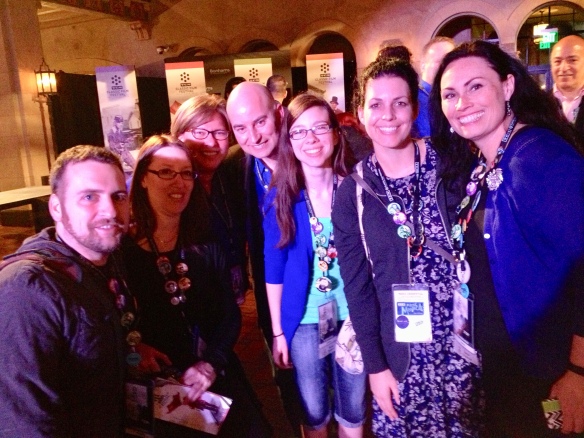 2015 brought pass holders a Festival App. History According to Hollywood screened features focusing on History According to John Ford, Discoveries, Special Tributes, Fight The Power-Films About Revolution, History on Trial, and Herstory. Hand and Footprint Honoree: Christopher Plummer. The Peter Fonda interview in Club TCM, and The Picture Show Man, a fabulous Rod Taylor film discovery for me from Australia! 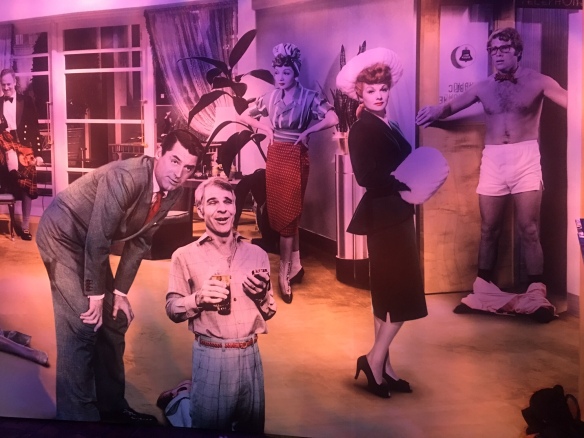 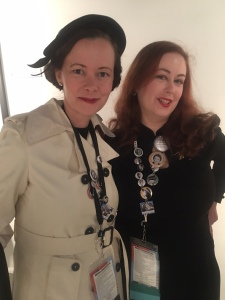 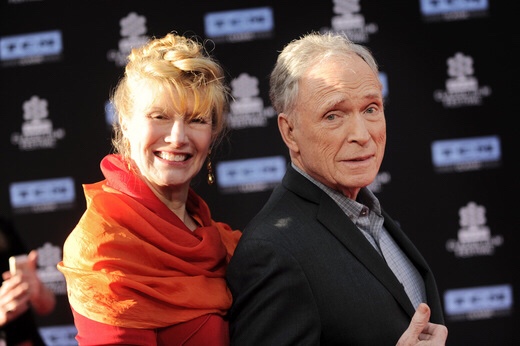 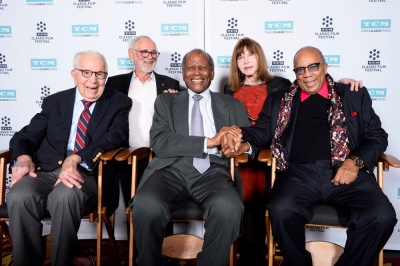 By 2017, it was time to Make ‘Em Laugh: Comedy in the Movies, bringing Dark Comedies, Divorce Remorse, Movie Spoofs, Nitrate, Hey-That’s Not Funny, Special Presentations, Discoveries, Essentials, and Festival Tributes. Hand and Footprint Honorees: Carl and Rob Reiner. Seeing Stalag 17 and Dr. Strangelove with my son who lives in L.A. 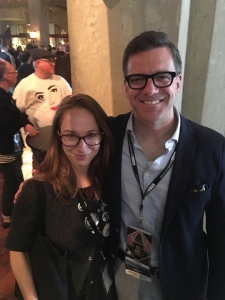 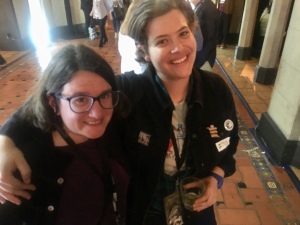 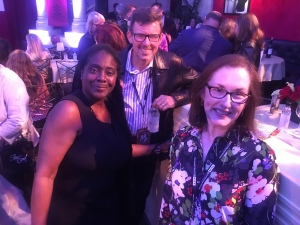 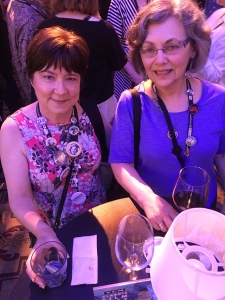 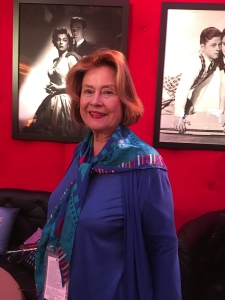 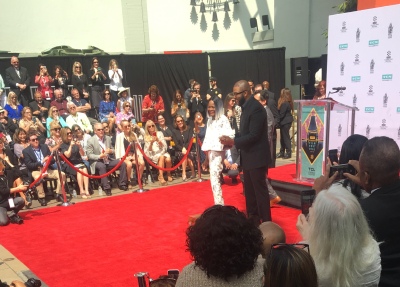