TCM: The Essentials Volume 2, 52 More Must-See Movies and Why They Matter by Jeremy Arnold and Foreword by Ben Mankiewicz 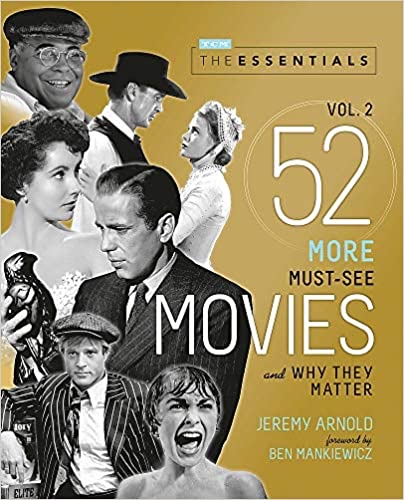 Films from Volume I included a foreword by TCM Host Robert Osborne and highlighted the following selections: 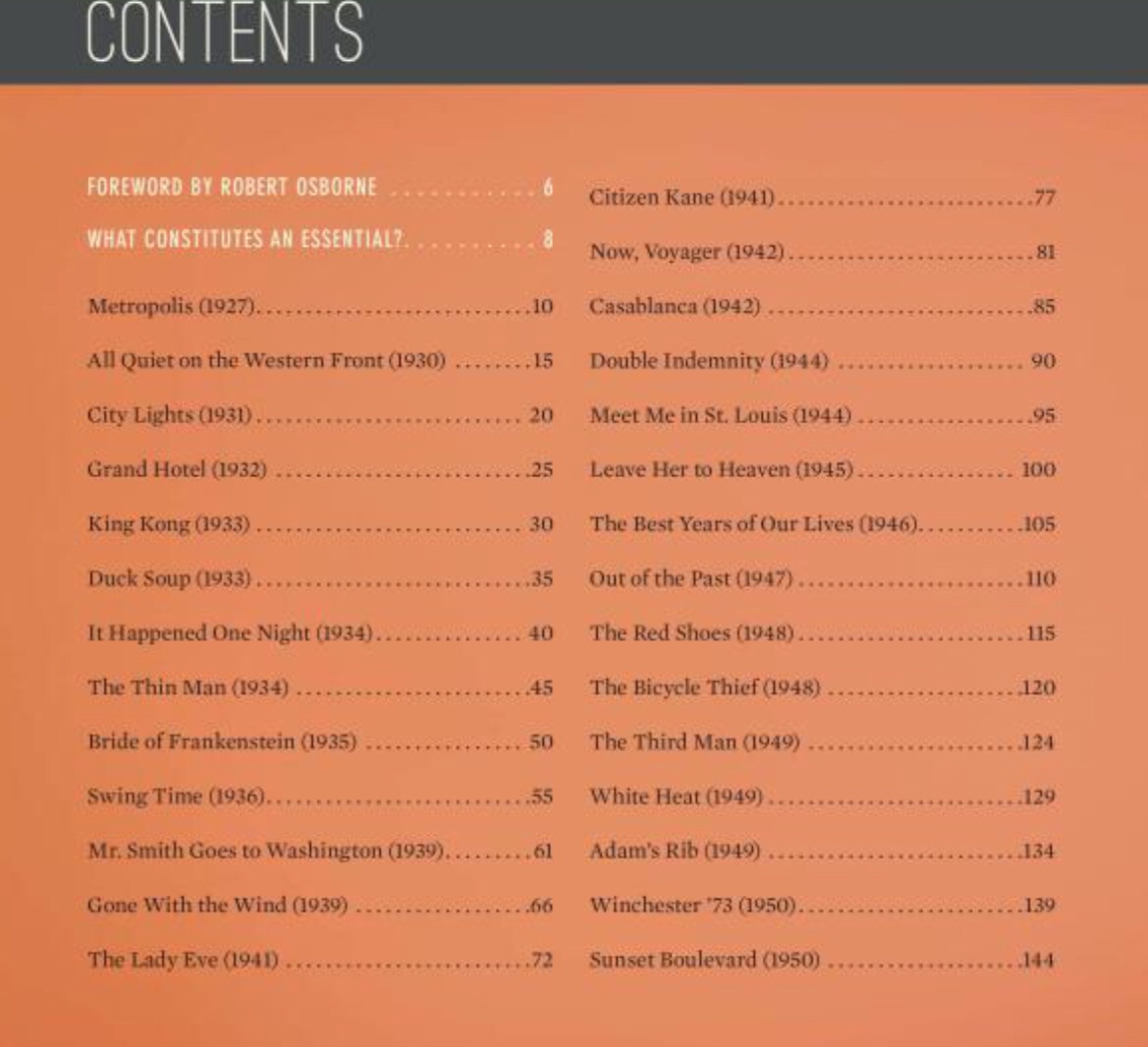 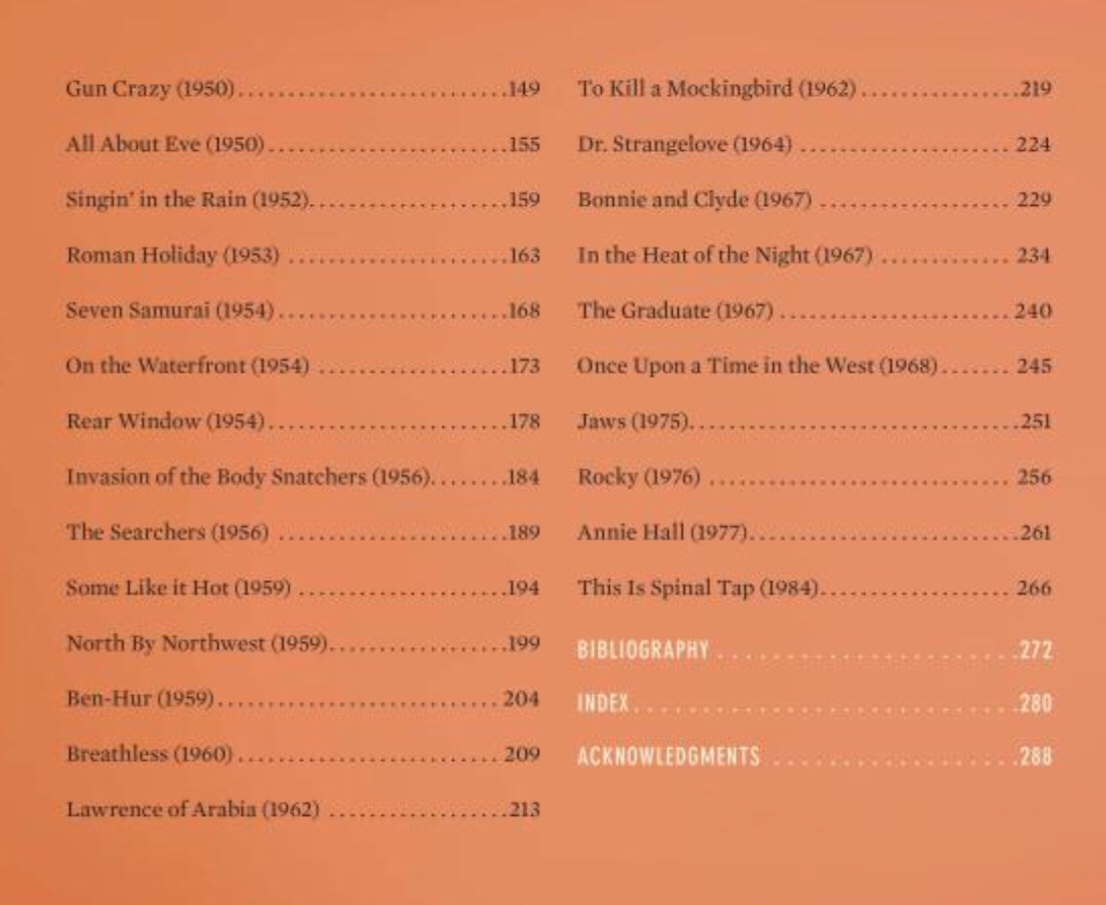 The pleasure of knowing that TCM’s and Robert Osborne’s personal selections for classic films essential to the aficionados of national and international cinema circles would begin to be chronicled in book form, a physical media of which I am indeed fond, delighted me as well as many other friends of TCM.

Jeremy Arnold, an author awarded the honor of chronicling the first edition, also has taken the helm for the second edition, which includes a forward by Ben Mankiewicz, now a focal point of hosting responsibilities on the network since the death of TCM’s original host, Robert Osborne.

Stirred by my initial glance at the contents, I was pleased to discover more of my favorites appeared in Volume II than I recalled from Volume I. An added list of all films appearing on TCM’s Essentials programs is also included, which had not been added to Volume I, certainly a plus for the serious TCM fan who has been relatively faithful to the series.

The Ghost and Mrs. Muir, a personal favorite of mine, and one that fans often claim for a top ten list, is highlighted with one of Robert Osborne’s quotes that seems unusually poignant considering how Tierney was one of Osborne’s delights. He even had the portrait of Tierney as Laura in his personal memorabilia collection:

“I’m a great, great, Gene Tierney fan; she can do no wrong. She had played a successful business woman in Laura and [was] strong in Leave Her to Heaven, and here she was, the number one dramatic sar at Twentieth CenturyFox, cast against type as a very gentle, very kind [and]compassionate woman….”

I was indeed happy that the low-budget, high-quality of Ride The High Country with Joel McCrea and Randolph Scott was featured in this book and garnered the recognition it deserves as the coda to two high-profile careers in the Western genre. The quote from Mariette Hartley is also a nice summary of her experiences with the two old pros. Is it a genre that actually deserves its own “Western Essentials” volume, Running Press?

Author Jeremy Arnold with Wyatt McCrea at the TCM Film Festival in 2018….

As for the addition of Hannah and Her Sisters (1986), I would have much rather have seen Auntie Mame, Stalag 17, Rebecca, The Blue Dahlia, Gilda, Meet John Doe, The African Queen, Gigi, The Bad and The Beautiful, or A Letter to Three Wives make Volume II. I’ve always been kind of “Meh” about Hannah and Her Sisters. A man disrespecting personal or emotional boundaries unsettles me and just sits a little to close to Allen’s own issues, personal or professional, even though I’ve enjoyed many of his other films.

But I must be grateful for A Face In The Crowd‘s inclusion with Andy Griffith’s stunningly attention-grabbing performance. TCM Remembers even though the Academy left Griffith out of their Oscar’s In Memoriam telecast sequence after his death. Night Of The Hunter‘s inclusion should also delight cinephiles and critics who enjoy Charles Laughton’s only directorial offering. The addition of William Wyler’s Dodsworth is also a highlight, a nod and a wave to Robert Osborne’s personal favorite. Another reason to cherish this edition is a photo of Thelma Ritter with Doris Day from Pillow Talk.

I couldn’t have been so discerning about what I enjoyed and did appreciate with Volume II unless author Jeremy Arnold and the editors had added the full Essentials films list. I appreciate that inclusion in this volume as a complete reference list is a nicely added tool for readers.

If you have always been a fan of TCM’s The Essentials, Volume II should be added to your personal film collection bookshelf.